2017 marks the 95th Anniversary of Daniel & Partners LLP. For nearly a century our firm has provided legal counsel to companies and individuals in the Niagara Region on all matter of legal issues. Through its history, Daniel & Partners LLP has gone by the following names: 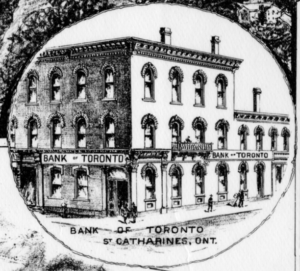 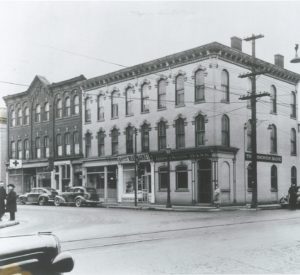 In 1955, Dominion Bank ceased to exist, as it merged with the Bank of Toronto, yet the building maintained Dominion’s name. After renovations, the building pictured above merged with the pharmacy next to it to become the modern Dominion Building, home to Daniel & Partners LLP. The current building is pictured below as seen on Google Street View. 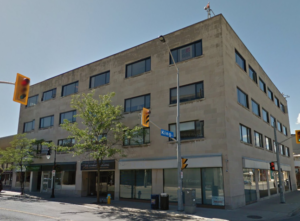