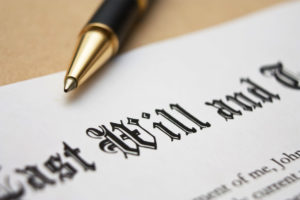 Section 58(1) of the Succession law Reform Act (SLRA) outlines the Court’s power to make an order for dependant’s support. It provides that where a deceased, whether with or without a will, has not made adequate provision for the proper support of his or her dependants, the Court may order such provision as it considers adequate be made out of the estate for the proper support of dependants.   By providing this avenue of recourse, Ontario law has recognized that certain relationships trump a testator’s right to decide what happens with his/her assets after death. The law also protects dependants in the event the testator dies with an outdated will that does not adequately provide for the dependants left behind at the date of the testator’s death.

Section 57 of the SLRA defines a dependant as any spouse, parent, child, or brother or sister of the deceased, to whom the deceased was providing support or was under a legal obligation to provide support to, immediately before death.

Section 61 of the SLRA limits the time a dependant may bring a claim against an estate to six (6) months from the grant of letters probate / Certificate of Appointment, subject to the Court’s ability to extend that time period.

The Court has held on a number of occasions that if an estate has been fully distributed following the six (6) month period, an extension to the limitation period set out in S.61 of the SLRA should not be granted in most circumstances.

In Balanyk Estate v. Balanyk (2008), the Court stated that the limitation period set out in S.61 of the SLRA is in place for two reasons. First, it gives any potential claimant the opportunity to make a claim within a fixed period of time before the estate can be distributed. Second, upon the expiry of the limitation period it provides the trustee with repose knowing that all potential claims have been received. If the estate has not been distributed in its entirety, the SLRA provides that the Court may, if it considers proper, allow an application to be made at any time as to any portion of the estate remaining undistributed at the date of the application.

Weigand v Mohammed, a decision rendered in the ONSC in October 2016, is one in which the Court extended the time period for a dependant support relief claim, despite the fact that the estate in question had been fully distributed. In that case, the estate trustee was the deceased’s common-law spouse. She was the sole beneficiary of the deceased’s last will and testament, but the deceased left behind three children at the time of his death who were not provided for in his will. The deceased’s common-law spouse applied for probate in 2013 and the two youngest children commenced their application for dependant’s support in 2016, well after the six-month limitation. The main question before the Court was whether leave should be granted to allow the children’s dependant support claim after the six-month limitation period and whether the claim would be limited to the assets that remained in the estate at that time (none), or to the assets of the estate as of the deceased’s death.

Justice George reviewed case law, and concluded that since he was unable to resolve the conflicts in the evidence, the limitation period should be extended. His decision to grant the extension was also based on factors such as the length of delay, the reasons for delay, and whether there would be prejudice to the estate’s ability to defend the proposed claim. He also considered what was fair and equitable, and whether or not the deceased’s common law spouse acted “honestly, reasonably, and fairly”.

This case is important as it provides authority for applications to proceed regardless of the stage of asset distribution of the estate – if there is question of evidence or unresolved issues between the parties.

The estate lawyers at Daniel & Partners LLP have extensive experience with dependant’s relief legislation, having represented both estate trustees facing dependant’s relief claims against estate, as well as claimants who have not been adequately provided for in a will.

Were you financially dependant on a deceased person? Were you left out of your parent’s will or your spouses’ will? Did your spouse die with an outdated will that was made in contemplation of marriage that does not adequately provide for you or take into consideration your subsequent lengthy relationship with the deceased? Did you believe an executor’s promises as to how an estate would be distributed but now realize that you will not be receiving your promised fair share? Were you named an executor of an estate and a disinherited spouse, former spouse, child, or other relative is making claims against the estate? Or is there a relative or other person claiming that they should receive a larger portion of an estate than has been provided for in a will?

If you need help with any of the foregoing issues, or you have any other questions relating to an estate, please do not hesitate to contact Sarah J. Draper at Daniel & Partners LLP today.