SCC Weighs in on Dismissal Without Cause 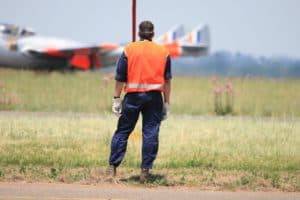 The decades-long controversy over whether federally-regulated employers could dismiss employees without cause has been resolved. On July 14th, 2016, the Supreme Court of Canada (“SCC”) handed down its ruling in Wilson v. Atomic Energy of Canada Limited. This game-changing decision confirmed that the Canada Labour Code (the Code) prevents non-unionized employees from being dismissed without cause by federally-regulated employers.

Part III of the Code and its Regulations establishes the rights of employees to fair and equitable terms of employment. In 1978, legislative reform saw the addition of several provisions under the heading “Unjust Dismissal”, located at ss. 240 to 246 of the Code. When Mr. Wilson was dismissed by his employer, a Crown Corporation called Atomic Energy, without cause and after four and a half years of service, he filed a complaint under s. 240 of the Code. The employer argued before the Adjudicator that because they had given six months’ severance pay, the dismissal was not “unjust” and therefore the employee was not entitled to a remedy. The Adjudicator disagreed with Atomic Energy, finding that Mr. Wilson had a valid complaint.

The Federal Court quashed the decision and held that a “without cause” dismissal is not automatically unjust under the Code. The Federal Court of Appeal expanded upon this reasoning and determined that at common law, a non-unionized employee may be dismissed without cause as long as sufficient notice or compensation is provided. It reasoned that because ss. 230 and 235 of Code establish the notice and compensation requirements for dismissals, a federally-regulated employer has the express power to terminate an employment relationship without cause if such legislative provisions are met.

Mr. Wilson sought leave to appeal the decision, which was granted by the SCC. Three Justices dissented in the decision, reasoning that a dismissal without cause is permissible where sufficient notice or payment in lieu is given and that this common law scheme does not undermine the integrity of the unjust dismissal protections of the Code. In contrast, the majority found that the Code had replaced the common law and that federally-regulated employers no longer have the right to dismiss employees without providing cause or reasons. Exceptions include layoffs or the discontinuance of the employee’s function pursuant to s. 242(3.1) of the Code, in which event complaints may not be brought.

Importantly, the SCC recognized that a dismissed employee who is concerned with the terms of their severance has options in seeking a remedy. The common law protection of reasonable notice or pay in lieu will still be available to an employee through the civil courts. Alternatively, an employee may rely on the protections of the Code. This route offers a wider range of discretionary remedies. For instance, an employee who is successful before an Adjudicator will be entitled both to reinstatement (at the Adjudicator’s discretion) and to compensation for the duration of the notice period, in addition to losses that can be attributed to their dismissal.

This means that after the result in Wilson, non-unionized employees who are dismissed without cause may benefit from reinstatement with back pay, a remedy that previously only made consistently available to unionized workers. Unionized employees still benefit from enhanced rights or benefits and should resolve any complaints through the grievance procedures established by their collective agreement, rather than relying on the process found in the Code.

The employment standards provided by part III of the Code apply to employers and employees of businesses and undertakings that have received legislative authority from the Parliament of Canada.  Most federal Crown corporations are covered by the Code’s labour standards in Part III. However, federal public service employees are not covered. Managers are also excluded from coverage under the unjust dismissal provisions of the Code. While the list below is not intended to be exhaustive, the following federally-regulated services are affected by the decision:

If you have any questions about whether the Code applies to you and the rights and obligations it contains, please contact on of the employment lawyers at Daniel & Partners LLP today. Our expertise encompasses all areas of non-union employment law, from the perspective of both the employer and employee. We have experience acting for clients on issues such as employment contracts, wrongful and constructive dismissals, reasonable notice of termination or pay in lieu of notice, severance payments, and claims arising out of the employer-employee relationship.

We help employers navigate the increasingly complicated laws affecting their responsibilities, and provide practical advice for developing programs and policies that limit risk. We help employees understand and pursue their rights when there is a dispute or their employment has been terminated.