#RowansLaw to be passed June 7th 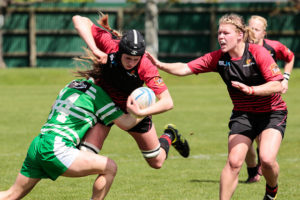 In a December 2015 blog entry, we told you how Bill 149, also known as Rowan’s Law, had received unanimous support from the Ontario Provincial Government. Rowan’s Law is now set to be passed in Queen’s Park on June 7th, days before the legislature ends its spring session. An inquest into the death of Rowan Stringer, a 17 year old athlete, came up with 49 different recommendations, including the creation of legislation regarding youth sport in the province when it comes to head injuries.

Rowan’s Law would provide education on the effects of concussions to athletes, coaches, and parents, including the great risk posed by Second Impact Syndrome. Second Impact Syndrome can occur when an individual suffers an additional concussion prior to having fully recovered from their initial brain injury.   Rowan Stringer died several days after being knocked unconscious in a high school rugby game. It was later discovered that she had suffered three concussions in less than a week prior to her death.

There are four key components to the recommendations contained in Rowan’s Law:

If passed, schools and sports organizations will have one year to implement the new concussion guidelines.

Rowan’s Law has been supported by all parties in the provincial legislature, and support also continues to grow with the public as well. Both the National Football League and the National Hockey League have adopted new concussion protocols over the past few years. Former NHL player Eric Lindros has spoken out in support of the legislation, and has cautioned parents, coaches, and athletes against the dangers of prematurely returning to play following a head injury. Lindros ended his hockey career in 2007 after suffering a series of concussions. Lindros says that it is important to “create a philosophy and a culture” that encourages youth to value and protect their safety and health over the final score.

With the passing of Rowan’s Law, Ontario government is poised to be the first jurisdiction in Canada to pass comprehensive concussion legislation. In comparison, all 50 U.S. states have legislated concussion protocols. Concussion legislation had previously been debated in Queen’s Park, but expired on the table in 2012.

As has been said before, Rowan’s death was a preventable tragedy. Hopefully the passage of Rowan’s Law will be successful in preventing the many serious consequences of concussions.

Daniel & Partners was pleased to sponsor the Ontario Brain Injury Association Conference in November 2015. This event provided support, education, and awareness of the issues related with traumatic brain injuries. Our dedicated team of personal injury lawyers are committed to ensuring that our clients have the necessary resources to recover from their injuries, however they may have occurred.

Our office offers a free initial consultation for personal injury matters. Please contact us to arrange an appointment as soon as possible after your injury has occurred.