Province To Abolish the Ontario Municipal Board 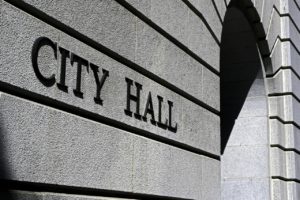 On May 16th, the Ontario government announced its intention to abolish the Ontario Municipal Board (OMB). On June 1st,the province plans to introduce legislation that, if passed, would replace the OMB with a new ‘Local Planning Appeal Tribunal.’

Critics of the OMB argue that its current structure heavily favors developers. The new tribunal would restrict both the issues that can be heard and the relief that can be provided. Additionally, the proposed legislation would exempt a broad range of land use planning decisions from appeal to the tribunal, including:

The proposed changes will also establish mandatory case conferences for ‘complex’ hearings to encourage settlements, reduce the adversarial nature of the process, as well as reducing the overall time and cost of appeals.

Toronto city councilor Josh Matlow is in favour of these proposed changes, saying that the government was finally “taking substantive steps to tip the balance of power towards communities, locally elected bodies, and local planners than developer’s financial interests.”

However, the proposed changes have not been universally welcomed. CEO of the Ontario Home Builders’ Association Joe Vaccaro has expressed concerns that the new tribunal will make development more difficult. “If this new Local Planning Appeal Tribunal is simply going to be a rubber stamp for obstructionist councils, then the province’s demand to optimize housing supply and provide diverse housing options will fail,” said Vaccaro.

The provincial government claims that these changes will make the appeal process “faster, fairer, and more affordable.” They have not, as of yet, made the proposed legislation available for review and it remains to be seen how residents, councils, developers, and lawyers will ultimately be affected by these changes.

Daniel & Partners LLP has acted on behalf of municipalities, landowners, developers, financial institutions, and public interest groups in actions before the Ontario Municipal Board, the Environmental Review Tribunal, the Niagara Escarpment Commission, and in the Courts. We will be closely watching the development of this legislation so that we can continue to provide our clients with the representation that they need.

PrevPreviousWelcome to the firm Zan!
Next2017 Women Lawyer Doctor DinnerNext