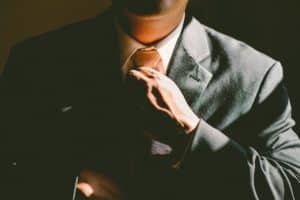 The distinction is important as an employee has more rights than an independent contractor. For example:

To determine whether a person is an employee or independent contractor, courts and administrative tribunals look at the substance of the relationship. One of the main questions asked, is, “how much control does the employer exercises over the individual?’” The more control, the more likely an employee relationship will be found. Courts have used several tests to answer this question, but the most common one comes from a 1986 decision of the Federal Court of Appeal. Wiebe Door Services Ltd. v. MNR [1986] concluded that there is no universal test to determine whether a person is an employee or an independent contractor, but that the central question is whether the person who has been engaged to perform services is performing them as a person in business on his own account. Other factors to consider include whether the worker provides his or her own equipment, whether the worker hires his or her own helpers, the degree of financial risk taken by the worker, the degree of responsibility for investment and management held by the worker, and the worker’s opportunity for profit in the performance of his or her tasks.

To protect individuals who may technically be a contractor and not an employee, but who are totally dependent upon an employer, the courts have established through caselaw the concept of a “dependent contractor.”