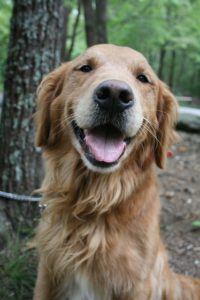 If you share a pet with your partner, what happens to that pet if your relationship ends?

The Court of Appeal in Newfoundland and Labrador was recently asked that question.

In October 2014, David Baker and Kelsey Harmina of St. John’s purchased a Bernese mountain dog-poodle mix they named Mya. When the couple split up, they fought over ‘custody’ of the dog.

Initially, the small claims court in the province ruled that David was the owner of the dog, as the law considers dogs to be personal property and David had paid for Mya. That decision was overturned on appeal, and the former couple were found to jointly own the dog.

A subsequent appeal held that David was the sole owner. Putting aside any emotional bonds formed with a pet, the court could only consider the law, and as per Justice Charles White, “In the eyes of the law a dog is an item of personal property.”

Justice White also said that the question to ask “…is not who has the most affection for the dog or treats it better (so long as both parties treat the dog humanely). The question is who owns it.”

Justice Lois Hoegg disagreed. She believes pet ownership is more complicated than simply considering who paid for it. Justice Hoegg wrote that as animate property, dogs are not a divisible asset, and that “People acquire personal property all the time…with others, and in doing so, pay little attention to legal rules respecting exactly who is acquiring title to the property.” She noted that the former couple jointly shared in the time and expenses spent caring for the dog, as well as jointly making decisions for the animal.

However, Justice White further wrote that joint ownership of a pet would create further problems rather than solving them and that the court could not justify an order forcing the former couple to share the dog. For now, dogs remain in the eyes of the law, personal property. Determinations of ownership are made purely on that basis and not emotional bonds formed or care provided to the pet.

The dissolution of a relationship can raise some difficult questions and create a number of issues for you to navigate. Contact Daniel & Partners LLP, and we can provide you with straightforward advice and skilled representation during what can often be a difficult and confusing time.