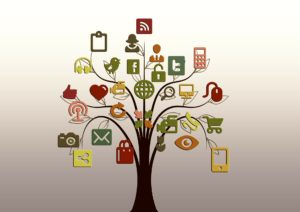 In the age of social media, many Canadians are concerned with how their personal information is used online by private corporations and their government. While the fairly recent discourse surrounding the security of private information is an extremely pertinent one as Canada becomes increasingly connected, it has turned attention away from the important debate over what happens when an individual wants information housed by private corporations to be available to specific persons when they themselves are not able to consent.

The latter scenario was faced by 72-year-old Peggy Bush from Victoria, British Columbia after her husband, David Bush, passed away from lung Cancer. Peggy, a beneficiary of David’s will, found that while she was able to access David’s Apple iPad, she did not possess his Apple Identification Password. This meant that Peggy was unable to access several of David’s iPad applications. Peggy requested the password from Apple Inc., but was told she would need a court order to receive it. Peggy and her family were outraged at the request. While it may be argued that the decision to deny a widow her late husband’s information without a court order may stand on shaky moral ground, Apple was within its rights to require it, and it is important to examine why.

More often than not, included in the Terms of Service that we all should read and consider while signing up for social media or phone accounts is a privacy policy which contains language regulating the use of our personal information. Take for instance this excerpt from Apple Inc.’s Terms of Service which must be agreed to by every user who wants to sign up for their account:

While Apple has the right to disclose your personal information to a third party pursuant to the clause above, Apple has no obligation to do so.

Apple did eventually reverse their decision to withhold Peggy’s husband’s password and claimed their treatment of Peggy was a mistake after public pressure from Canadian news and social media. Peggy faced a problem that will likely become more common as the online accounts of younger generations accumulate in expense over decades. Accounts worth thousands of dollars will be placed in the hands of the corporations who administered them in the first place, and the discretion of whether or not the passwords are disclosed to executors or beneficiaries when they die may be that of a judge.

The Wills and Estates team at Daniel and Partners LLP remain up-to-date on issues such as Peggy’s as well as the changing framework of estates that reach to the internet. It is important that you prepare for the future, and you should keep that in mind when preparing and updating your will. If you have issues similar to Ms. Bush, digital assets that you would like preserved and passed on to your love ones after you pass, or any questions regarding wills and estates, do not hesitate to contact us.